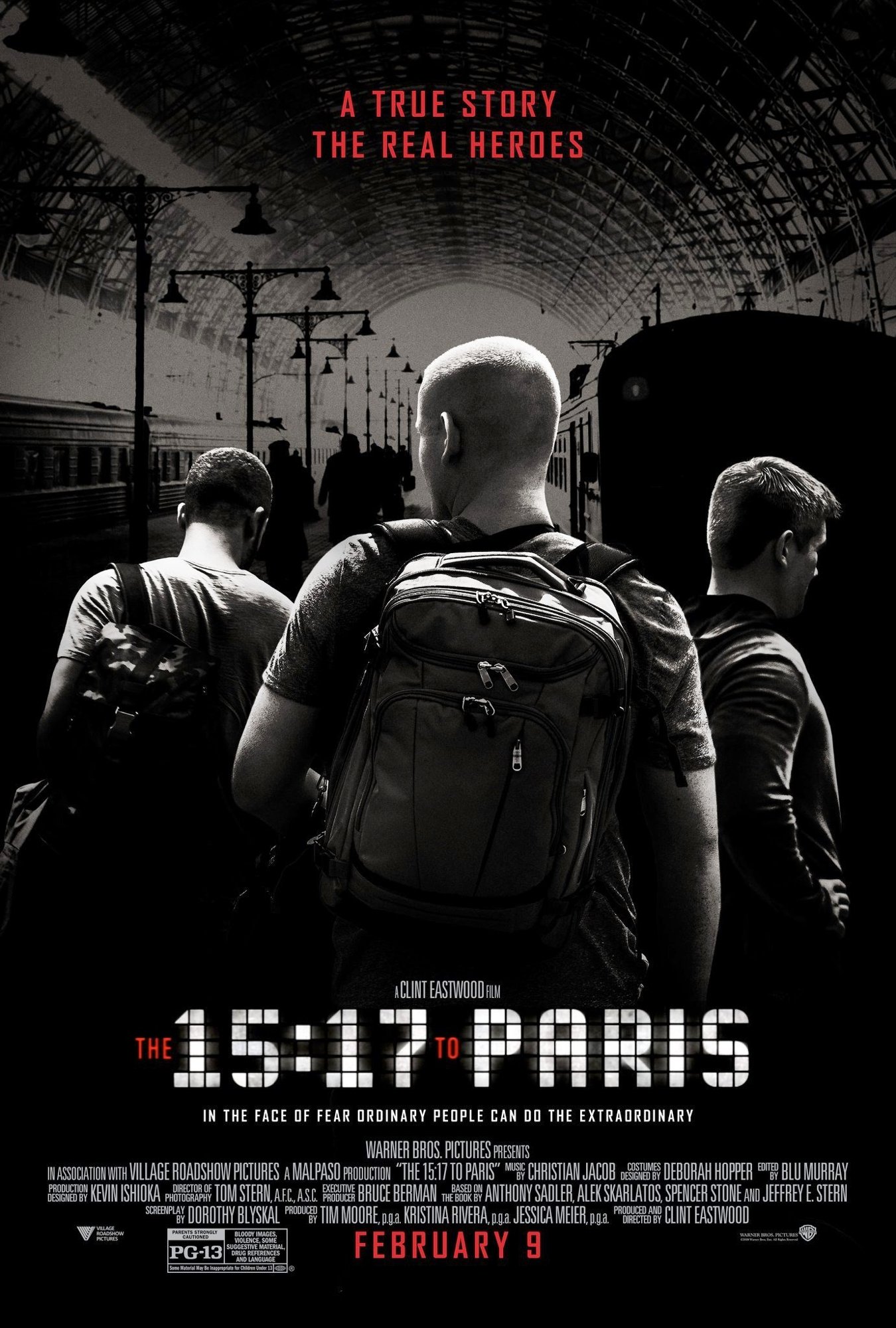 Once again, America saves the day!

In the early evening of August 21, 2015, passengers hopped aboard a Thalys train #9364 bound for Paris. It was honestly a day like any other, without any issues whatsoever, until it turned out that a terrorist was aboard the train, he was heavily armed, dangerous, and ready to start shooting passengers left and right. However, his plans were thwarted when three Americans happened to be on the same train and stopped him from killing a single person. The three men – Anthony Sadler, Alek Skarlatos, Spencer Stone – all happened to be on vacation during this time and didn’t expect to have to stop an armed-shooter during it, but they saved the day and became heroes. Here is their story, from when they were just young kids, hanging out, causing trouble in middle school, to when they all volunteered for the Army and tried to give back to their country.

At nearly 90, Clint Eastwood’s allowed to take a huge risk every now and then because he can afford it. If it works, then he’s credited as the master we’ve known him to be for all of these years – if it doesn’t, then oh well, he’ll continue to move and see what’s next for himself. That’s why when it was revealed that rather than getting trained, starry-eyed celebrities in the roles for Anthony Sadler, Alek Skarlatos, and Spencer Stone, and just casting the real-life guys themselves, it was interesting.

Why was he doing this? Was he trying to make a point about true stories of everyday heroism being too glamorized by the glitz of Hollywood? Better yet, would it work? Would these guys prove to be the ultimate thespians that perhaps their lives were leading to? Or would it be just another one of those interesting experiments that sort of goes nowhere and makes you realize why the norm is the norm and that no one, not even a seasoned pro like Eastwood, should stray away from?

Turns out, the experiment doesn’t really matter much in the end.

The three guys are fine in the roles because, well, they don’t have to really do much; say a few lines, smile a lot, play grab-ass with one another, and move on. These aren’t the most demanding roles in the world and it’s probably purposeful from Eastwood who knew that he didn’t want these guys digging in deep into Shakespeare-like soliloquies, but keep them as normal, as average, and as likable as he can. It’s weird because they’re never “dull”, they’re just “ordinary”, which with their skills, it’s fine.

If anything, it’s the rest of 15:17 to Paris that has one wish for a little something more. Though there’s a heartfelt and honest story to be told here about these guys living their lives, getting thrown into this situation, and being heralded as celebrities for it, it just isn’t totally found here. Eastwood attempts to draw at something with their upbringings, but mostly, it just comes-off weird and unnecessary, as if Eastwood himself knew that there wasn’t a whole lot of material to work with and draw out. Which is odd considering that it’s only about 90 minutes long and could have probably been shorter.

And it’s not the total train-wreck (pun intended) that I expected; it’s a somewhat generic, almost routine flick about these guys’ lives and the moments that led-up to their infamy. Eastwood doesn’t seem to have much inspiration behind the camera in telling these guys’ stories because honestly, there’s just not a whole lot more to them than just your everyday, middle-class American dude, except that they were actually able to stop a tragedy from happening. They’re heroes no doubt, but maybe the badges, the medals and the honors they received were fine enough.

Although sure, meeting Clint Eastwood must have been pretty cool, too.

Consensus: The real-life heroes aside, the 15:17 to Paris is a slight, somewhat under-cooked tale about these three men who possibly deserved something much better, or nothing like this at all and just more honor and respect for what they did that one fateful evening.