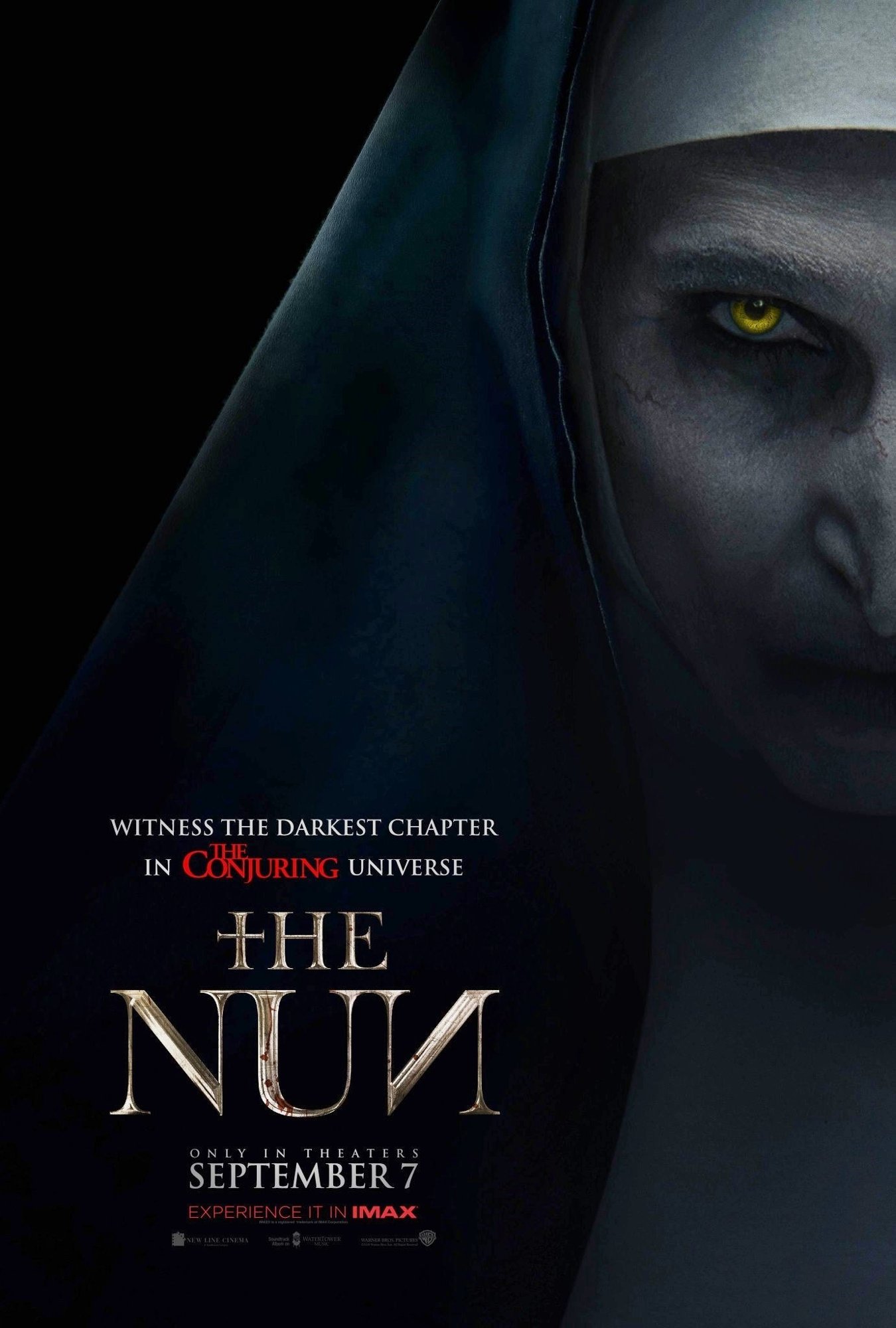 It’s 1952 in Romania and we find exorcist Father Burke (Demián Bichir) and Sister Irene (Taissa Farmiga), a novitiate who experiences strange religious visions, band together to check out just why the hell a nun killed herself in a church very far up there in the desolate mountains. Was it a spirit? Was it a demon? Was she just tired of faith? What is what? With the help of a villager and local deliveryman, Frenchie (Jonas Bloquet), the pair uncovers a powerful evil that has overrun the convent and threatens to spread and it leads them to not only question their faith, but just whether or not they’re going to be able to make it out of this alive.

The last 20 or so minutes of the Nun, things pick-up and all of a sudden, there’s havoc, there’s carnage, there’s blood, there’s guts, there’s gore, there’s demons, there’s loud noises, and a whole lot of screeching. It’s a little fun, a little crazy, and a little bit of what should have been the whole movie honestly. Cause while the Nun definitely gets itself into high-gear in the last-act, it never fully knows what it’s actually trying to do; sure, it’s trying to scare us of course, but how does it go about doing so and why?

The Nun never figures that out and because of that, the movie suffers incredibly. That, and the fact that for the hour-and-a-half it’s on the screen (which, I’ll admit, felt close to two-and-a-half), the Nun never quite gets off the ground. It’s slow, surprisingly meandering, dull, thinly-written, and most importantly, just plain boring. Horror movies should be one thing and one thing only: Scary. But if you’re not going to do that, the least they can do is bring something interesting to the table to hold us over while all of the scares aren’t popping-out left and right.

And the Nun can’t even muster-up enough courage and energy to do that.

Which is a shame, too, because director Corin Hardy seems like he’s going for an old-school Gothic, almost Hammer-like look and feel with the Nun, but he never gets the opportunity to fully transition his love and adoration for those greatly spirited movies, into one of the same caliber. The fact that the Nun never really gives us much of a reason to care for these characters, or what it is that they’re trying to do, only goes to show you that there may have never been something here worth working with.

As we saw with the first Annabelle (not the second, because that’s actually pretty good), the Nun is nothing more than a cash-grab spin-off of the Conjuring, where the only thing that matters is the brand. And honestly, I have no problem with the idea of giving a bunch of bright, fresh and interesting voices the opportunity to strut their stuff with big-ass budgets, but there doesn’t even seem to be much of that going on here. It just seems like Hardy fell asleep behind the wheel and just coasted through everything, all up until the final 20 or so.

Which, like I said before, was a little too late for my own liking.

Consensus: Lifeless, uninteresting, and way too reliant on non-stop, almost nonsensical jump-scares, the Nun is the cheap knock-off that actually is just that and doesn’t try to be anything else.