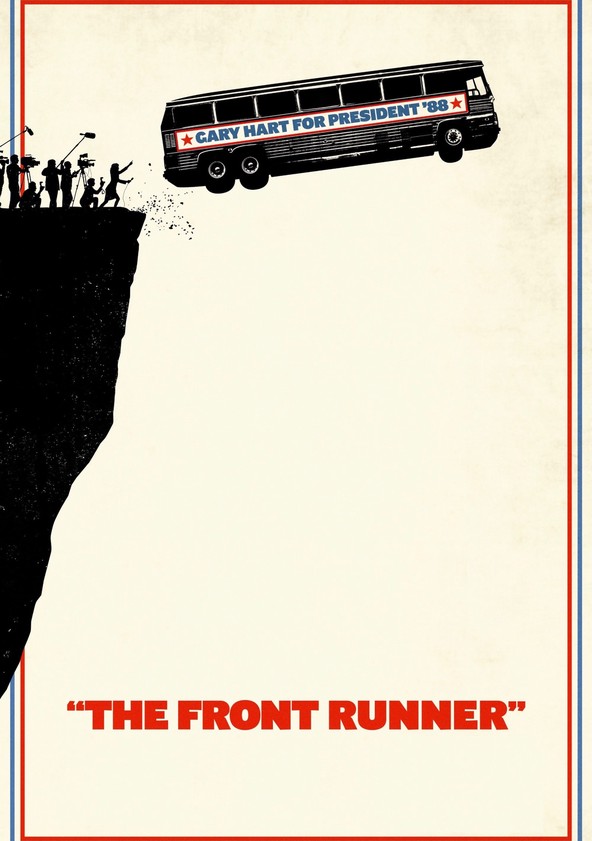 What could have been. But what is. Damn.

After securing the Democratic presidential nomination in 1987, former senator of Colorado Gary Hart (Hugh Jackman) was considered the front runner to win it all. He was smart, brave, idealistic, and most importantly, a seemingly perfect man that the American people could look up to in this time in which hope was much needed. And while it seems to be going great for just about everyone involved with Hart camp, it soon becomes clear that his more extramarital-affairs are coming more and more to light, making it extremely difficult for Hart and all of those around him to really figure out how to handle it all. After all, it’s 1988 and what a presidential-hopeful does outside of his bed wasn’t really a thing most of the media covered, making it uncharted, controversial territory.

And I bet you can probably tell how it all turned out for one Gary Hart considering that, well, he’s never been a U.S. President.

And trust me, there’s so much more where that came from. And then some.

But while this all may sound like an utterly confusing mess of a different set of ideas, themes, and mixed-messages, somehow, the Front Runner seems to bring them to light, yet still give us an entertaining look at a presidential-campaign and remind us of how times were quite different then. Director Jason Reitman is taking on probably his most ambitious work to-date and while it does seem like he’s over-stepping at times with the non-stop barrage of people talking over one another, certain subplots never fully working, and characters not as realized as they should have been, he still finds time to make us feel as if we are there, sitting by, watching and waiting for the other shoe to drop.

And of course, as we know with history, it does. But it’s still enjoyable to watch because the Front Runner never seems to take any sides, but instead, continuously have them holler and hoot at each other the whole time. It seems like the movie that’s attacking the media (which is oddly relevant for today’s times, unfortunately), but also proves that having this sort of sensationalized media is something the American public may need, without them even realizing it. The fact that Reitman and co. never fully come together on how they feel and take an obvious stance, makes it a more interesting watch, as opposed to just a hardcore liberal-stance about how awesome the Democrats are and how wronged they were in that election.

Granted, it’s not as if they’d be wrong, but still. Sometimes even liberal Hollywood needs to chill out with the ham-handed messages and play both sides of the field. Even if just for a bit.

And even Hart, who initially seems like the second coming of Jesus Christ, according to the movie, eventually turns out to be much more prickly and flawed as the time goes on. The Front Runner seems to know and understand that Hart could have easily been President based solely on the fact that he was a light of shining hope in the late 80’s, but also proves that he may not have been the most perfect leader we could have gotten. Jackman plays him very well in that we don’t get to see too much personality and charm, but just enough of something that makes us see what the public saw and adored, yet also realize that there’s something awfully tragic underneath it all.

But Jackman’s just the leader in all of this, as the Front Runner is stacked, head-to-toe with a who’s who of character actors that you could almost play a drinking game with. And for the most part, everyone is fine, doing what they’re given to do, because while some, Vera Farmiga and/or J.K. Simmons, get more screen-time than others, like Alfred Molina and/or Mike Judge (randomly), everyone brings a little something to the table and reminds us what can happen when you have a good ensemble, doing all that they can.

Even if, once again, the material is sort of all-over-the-place.

But maybe, in today’s day and age of insane-o politics, we sort of need that.

Consensus: Without taking one side the whole time, the Front Runner remains an interesting, rather thought-provoking look at what could have been, made even better by a great ensemble and Altman-esque direction from Jason Reitman.