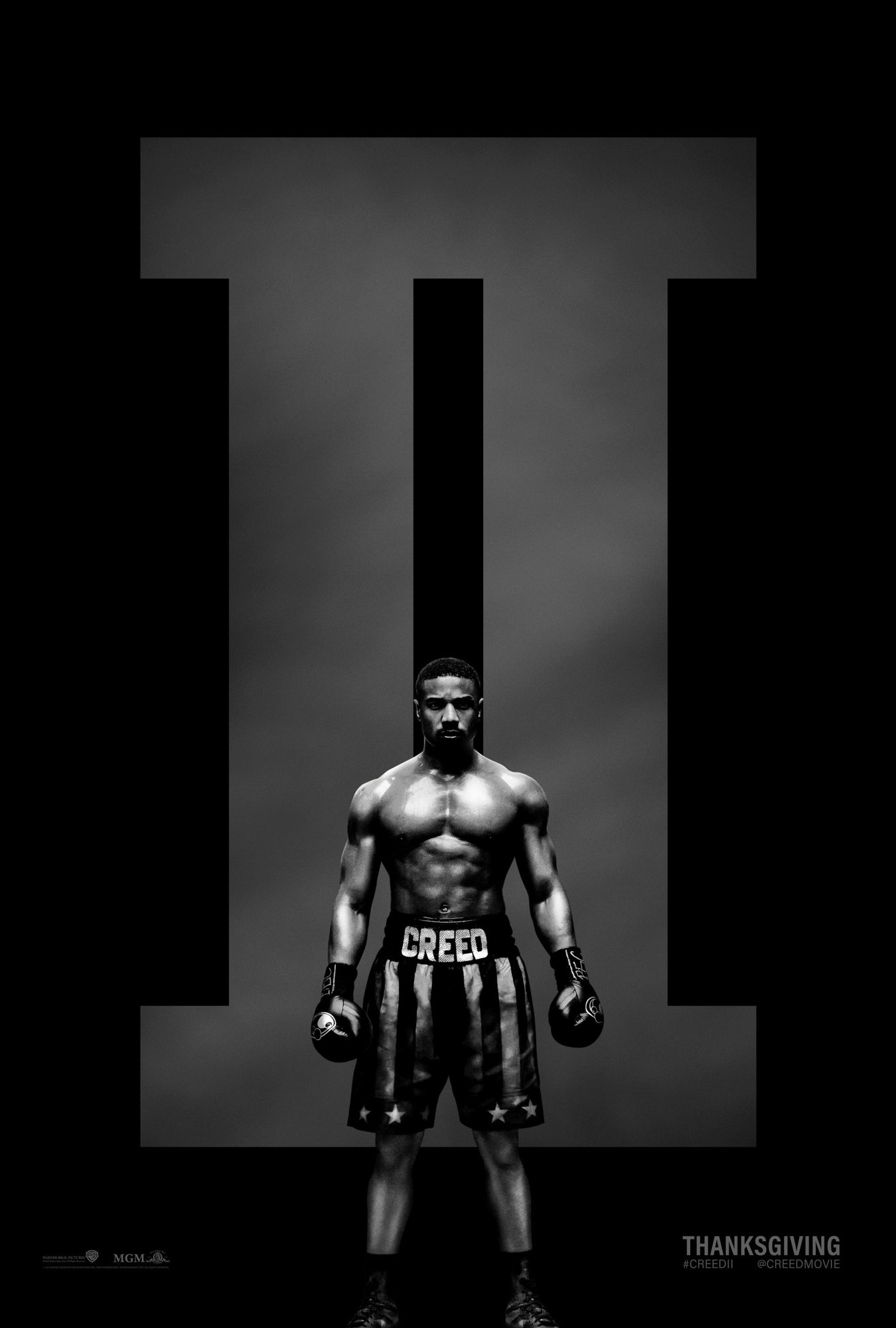 We still hate the Russians.

In 1985, Ivan Drago (Dolph Lundgren) faced off against Rocky Balboa (Sylvester Stallone), after having already killed his best friend, Apollo Creed (Carl Weathers), in the ring. Drago lost and while Balboa went on to become his country’s hero, Drago went on to become hated and exiled by his country, forced to live out his remaining days in Poland. But hey, it’s not all that terrible, because right by his side is his son, Viktor (Florian Munteanu), a ruthless, mean and absolutely vicious boxer who is not only taking after his father in terms of career-choices, but also in who he faces. Like, for instance, how it’s set-up that he’ll face the one, the only, Adonis Creed (Michael B. Jordan), for the heavyweight title and prove his country once and for all that he deserves to be hailed as a hero. Meanwhile, Adonis will do his best to not just win the fight, but stay alive and go back home to his girlfriend, Bianca (Tessa Thompson), who he wants to start a family with finally. But with all of that, comes much more responsibility to come out alive after every fight and not become like his late, obviously great father.

Creed II has no business being as good as it is. It’s a little cheesy, formulaic, by-the-numbers, and exactly what you would expect from a Rocky-like movie. But it’s also hard to really fault a movie for being formula, when really, it originates from a movie that pretty much created the formula; it would be like faulting McDonald’s for making the same old, lame and boring McDoubles when they pretty much were the starters of it. Which is why in the case of Creed II, you get a lot of the same old “been there, done that”, but somehow, through some way, it still works.

Really though, it’s the sentimental nostalgia of the Rocky franchise that has Creed II hit as hard as it does. Because these movies are already so steeped into out pop-culture and as a result, our lives, it’s hard not to tear-up whenever you see an image of Apollo Creed, or the sight of Rocky going to the tombstones of both Paulie and Adrian; there’s something about it that reminds you of watching the older movies and the surprising amount of heart and love it had for its characters and its world it created. Obviously, the world in Creed II is a little bit different, as is the case with a changed perspective, but the raw feelings and emotions are still there; Rocky has basically become the Mickey to Adonis’ Rocky and no matter how cheesy their relationship gets, it still works.

It also works because honestly, Michael B. Jordan is a freakin’ star and at this point, can do no wrong. Cause even though Creed II is a lesser movie compared to the first (barely though), Jordan still gets his time to shine because of director Steven Caple, Jr.’s restrained direction. The fight sequences are definitely fun, violent and chock full of the usual bits and bats of excitement, but when it comes to the smaller, more intimate moments, Caple Jr. still nails it and brings us closer to these characters and their relationships with one another.

Cause really, once you got past all of the cheese, the ham, and the boxing, Rocky was all about the heart, the love, and the people we care about. Creed II is very much in the same vein as those movies and while it’s a slight step down, it’s a sure sign that this franchise is showing no signs of dying just yet.

Let’s just hope we don’t get Clubber Lang’s son in the next movie.

Consensus: While lacking the surprise punch of the original, Creed II still works as a crowd-pleasing, entertaining, and heartfelt addition the never ending franchise.