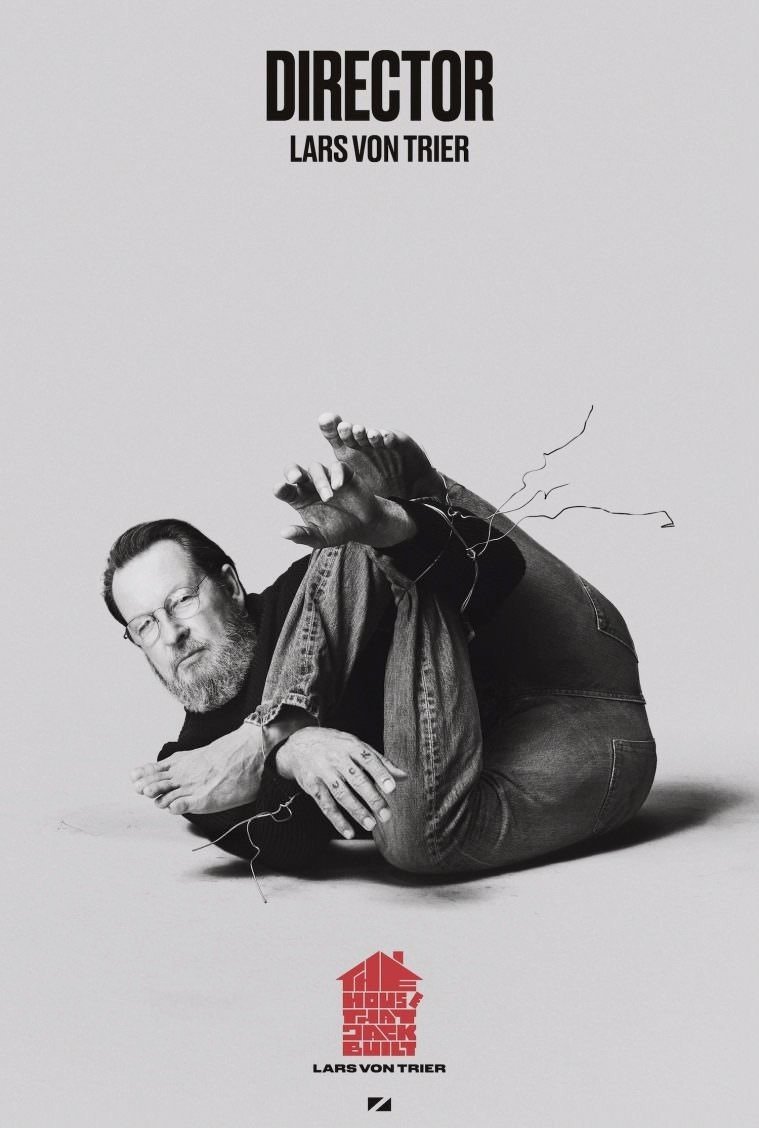 Oh and what a house it is!

Talking in the darkness to a man who he only knows as Verge (Bruno Ganz), Jack (Matt Dillon) goes on and on at great lengths about the countless murders and mutilations he committed. In the meantime, he also discusses the meaning of life, death, murder, faith, and whether or not there’s even a God to hate him. And if there is one, what does he think of Jack?

Sounds simple enough, doesn’t it? Well, that’s because it is, but not really. See, in the hands of Lars von Trier, we know to expect something strange, unpredictable, different, upsetting, disturbing, mean, grotesque, hard-to-watch, and most importantly, compelling. Cause even at this stage in his career, he has absolutely nothing to prove to anyone out there – not critics, not fans of his work, not those who aren’t, and definitely not those who are still angry over his comments about Hitler.

He’s still not forgiven for that and guess what? He doesn’t care.

In a way, this brashness makes a movie like the House that Jack Built all the more compelling, even when it seems like von Trier is treading familiar waters and just getting wrapped-up in his own sick and twisted mind. But as sick and twisted as his mind gets, it’s hard to look away from the House That Jack Built, even when it seems to be in its most grueling and gruesome scenes; there’s this never-ending feeling of something crazy may, and most likely, will happen, which makes it all the more thrilling.

Definitely not “enjoyable”, by any means, but for what it is, the House That Jack Built reminds us what von Trier can do when he’s just doing his thing, having fun with it, and doing everything in his might to ask us to join in on it. Problem is, it’s very hard to because everything is so mean and off-putting – which is, you guessed it, the point. And it leads me to say that a movie like the House That Jack Built, is worth seeing, if only because every von Trier movie can actually be classified as “an experience”.

For better, but mostly, for worse.

And because we’re never sure of where it’s going to go, Matt Dillon’s performance is the one true element that holds us together with it. For instance, Dillon never seems like he’s hamming-it-up or not taking this material seriously; there’s already a darkly comedic-edge to the movie already, that it doesn’t matter what he does or says, it’s going to come off a little humorous. But it’s also what makes his performance all the more terrifying, especially as he continues to get more and more drawn into the awfully sadistic and twisted ways he can kill people. Even the stuff that was cut-out for the R-rated version, still has you imagining the cruel actions that he took because we know this person and we know that he’s a terribly scary individual.

Much like von Trier himself who seems to know this and roll with it anyway. Even when it comes to him trying to figure out what makes Jack tick, he never really comes down on a point: Perhaps it was his OCD? Or maybe, his family-experience? The movie’s a bit hazy on this fact, so instead, it decides to just show us a bunch of shots wherein Matt Dillon tortures people for fun.

Ah! What a blast!

Consensus: At it again, Lars von Trier continues to upset, yet still somehow compel, even with something as middle-of-the-road as the House That Jack Built.