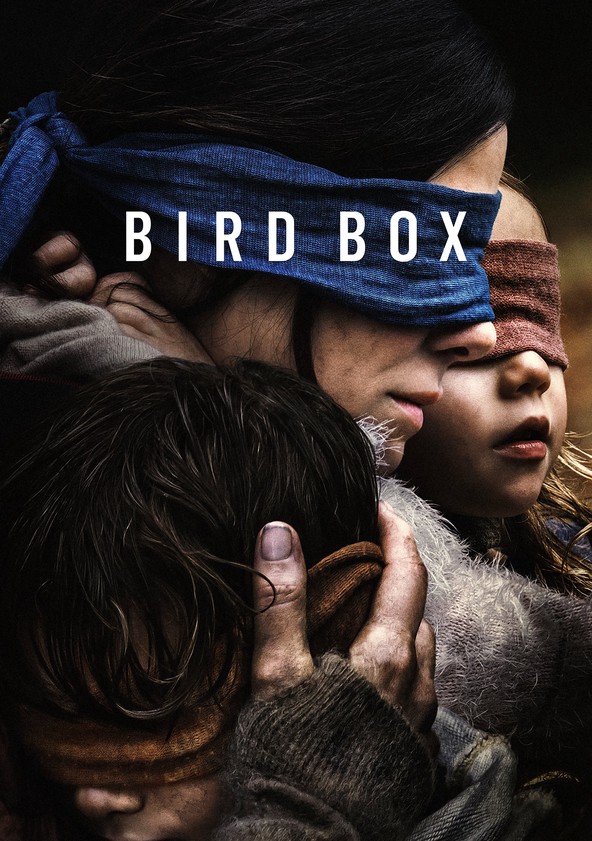 The future’s so bright, you gotta wear a bandanna.

Malorie (Sandra Bullock) is an expectant mother at just about the worst time ever. Everyone, for one reason or another, is going crazy and killing themselves. Why? How? What is making them do this? While she doesn’t have time right away to figure out the answers, Malorie eventually hides out with another band of survivors who are doing their absolute best to stay alive, safe, and uninfected by whatever it is that’s causing all of these people to go insane. Eventually, as time passes and there’s more information on what’s possibly happening, the group realizes that it’s something outside in the air that’s causing everyone to go nuts and off themselves. So all they have to do now is keep their eyes covered whenever they go outside, which is simple, right? Well, when you put into effect that there are now a bunch of crazy people running around looking to infect other people, then no, it’s not that easy.

It’s a shame that Bird Box falls apart in the last act, because the first two were working so well. It was tense, interesting, character-based, compelling, and yes, even a little surprising. A lot of this I chalk up to director Susanne Bier who, in her long and storied career, has had a few missteps, but for the most part, always knows that with a good premise, the way to make it better is by focusing solely on the characters and their relationships with one another. Bier also does a great job of keeping us in the dark (get it?) as much as humanly possible, so that we too, like the people we’re watching, aren’t really sure of what’s going on, or why.

Which makes a slight step above, but also below, the latest onslaught of post-apocalyptic flicks we’ve gotten in the past few years. In a way, it’s easy to care about this world and these characters because they feel like real people, even as mildly sketched-out as they may be. Take John Malkovich’s Douglas, for instance, who is clearly supposed to be the antagonist of the group and therefore, the one that we project all of our hatred onto. While he’s definitely no saint, the movie makes clear his intentions, why, and why he may not be such an awful person really – just not the perfect person to be stuck with when you’re trying to hide out and stay alive in a post-apocalyptic world.

And the same goes for just about everyone else. Bullock is, as per usual, strong and commanding as the lead and helps even out everything else going on around her. Like Trevante Rhodes’ Tom who starts out as somebody we don’t really know or can trust, then eventually, turns into a guy we grow to love and adore, thus proving that Rhodes himself is the next big thing. But mostly everyone shows up, makes an impression, and gives us any reason to care.

Except Jacki Weaver who unfortunately has more scenes here than she does in Widows and seemed to make more of an impression in that movie. But oh well.

But like I said, the movie does fall apart by the end and it’s hard not to compare the whole movie prior to that. Mostly, it’s due to the fact that the movie starts throwing everything at us – possible wind monsters, the weather, band of evil baddies – and rather than it seeming like a genuine turn of events, it just feels like the movie knowing it’s winding down and has to get everything in there while it still can. It becomes too much and in a way, a little too silly; Bullock canoeing down a river, a hectic one at that, with a blindfold on is more than enough that I can handle and believe. Which is why it’s a shame what eventually happens to a weird, yet compelling movie like Bird Box, therefore proving that everything is great and dandy, all up until the very end.

Consensus: Despite a strong start and clear attention to characters, Bird Box eventually turns into every other post-apocalyptic journey that’s a little goofy and under-written, even if it’s a slight step above the usual stuff we get.