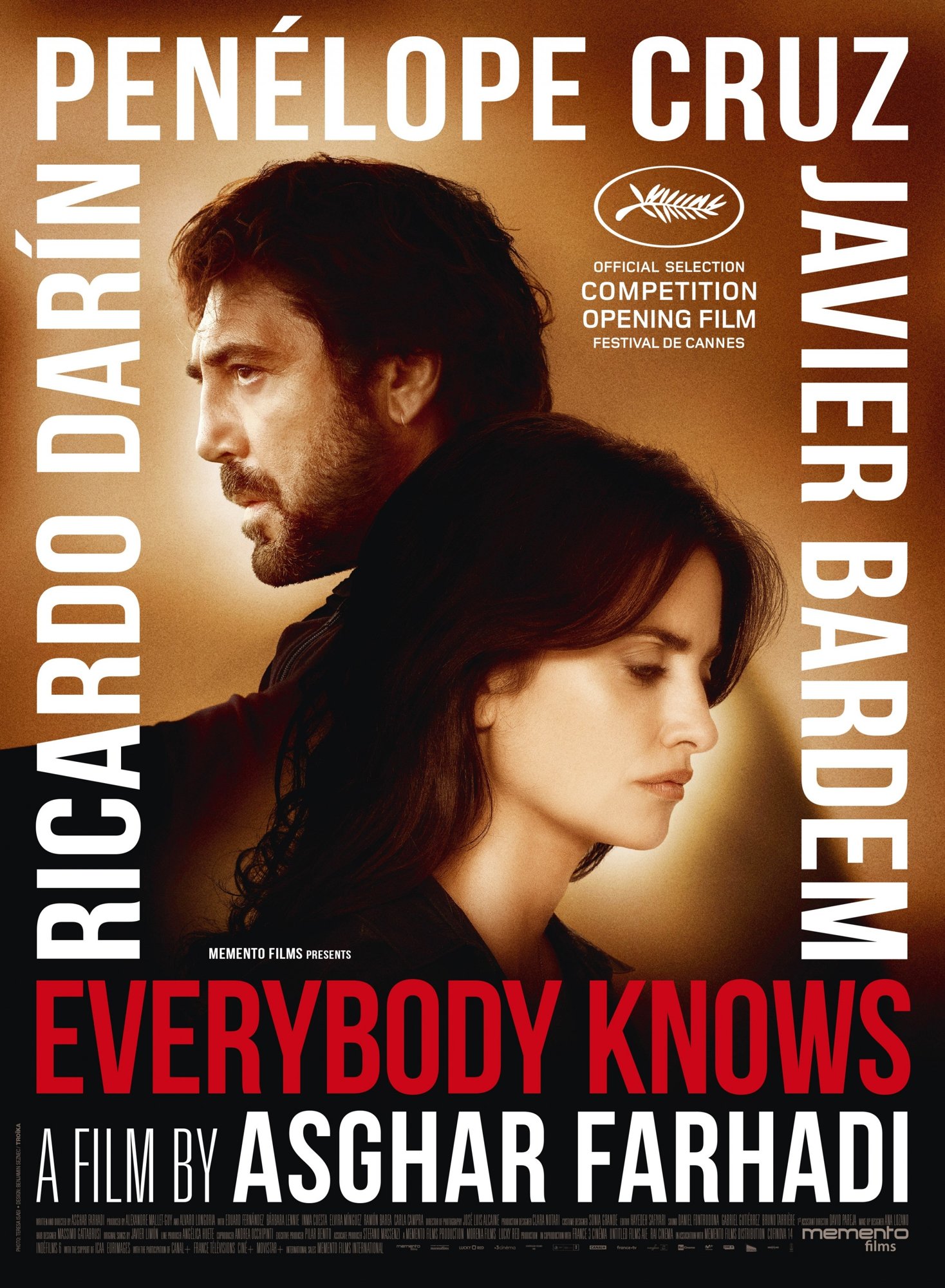 Cue up the Leonard Cohen…

Laura (Penelope Cruz) and her two children travel from Argentina to Spain to attend her sister’s wedding. The joyful reunion soon turns tragic when her older daughter gets kidnapped and nobody has any clue of where she is, who has her, and just how the hell to get to her. Of course, because Laura comes from a very wealthy family, and just so happens to be vacationing in a rather poor little town, it’s already assumed that what the kidnappers want is money and it’s something that Laura, as well as her estranged husband (Ricardo Darin) are more than likely to work with, but it becomes all too clear that this may be far more connected than just a random kidnapping. In fact, it may come from someone inside of Laura’s own family, in which case, her childhood friend and local resident Paco (Javier Bardem), will make sure that justice is served. By any means possible.

It’s been pretty much written everywhere you look that Everybody Knows is not one of Asghar Farhadi’s best and honestly, that’s fine. Compared to what he’s churned out in the past decade or so, it makes sense – not everything’s going to be a slam-dunk, sometimes things repeat themselves, and often, you have to make a movie just to make a movie, if you have everything to work with at your disposal. After two Oscar-wins, really, it doesn’t seem like Farhadi has anything left to prove to the world and it’s why a movie like Everybody Knows, as ho-hum as it may be, still deserves to be seen, if you want to see a master at his craft just doing the same old, same old.

Sounds boring, I know, but there’s something just so fascinating about watching how Farhadi sets up his stories, his characters, and the small, inner-conflicts, and just sits back and watches how the dominoes fall in line. Farhadi’s always played around with these small, subtle, and almost minute character-studies, that somehow turn into nail-biting thrillers, and Everybody Knows is no different; there’s characters, there’s conflicts, and yes, there is some tension.

The only thing that’s really missing, of course, is any surprises.

And that, my friends, is why Everybody Knows falls a bit by the waist-side when compared to Farhadi’s other, much more accomplished flicks.

It isn’t that he pulls off neat and tricky little plot twists that you don’t see coming, it’s that he seems so subdued behind the camera, it’s like he’s hardly even there. The story, as simple and rather conventional as it may sometimes get, in the hands of Farhadi, should be exciting and downright compelling; instead, things are rather melodic and dare I say, it slow. It’s always interesting, of course, but at certain points, you sometimes have to wonder, “Okay, when is this thing going to get to it where it needs to get to?”.

And unfortunately, that happens in Everybody Knows and when it does, it’s simple and anticlimactic. Once again, this is typical of Farhadi who seems to know and understand that these small slices of life’s turmoils and boils them down to their inner-most core, but this time around, it feels like he may have missed a step or two. He still gets great performances out of Cruz, Bardem, and Darin, among others, but at points, you wonder: “Can this thing get moving?”

Even if it is still, once again, interesting.

Consensus: While nowhere near the top of his other, much better films, Everybody Knows features Asghar Farhadi on autopilot, which is still better than most directors, if also a tad bit underwhelming, even by his standards.