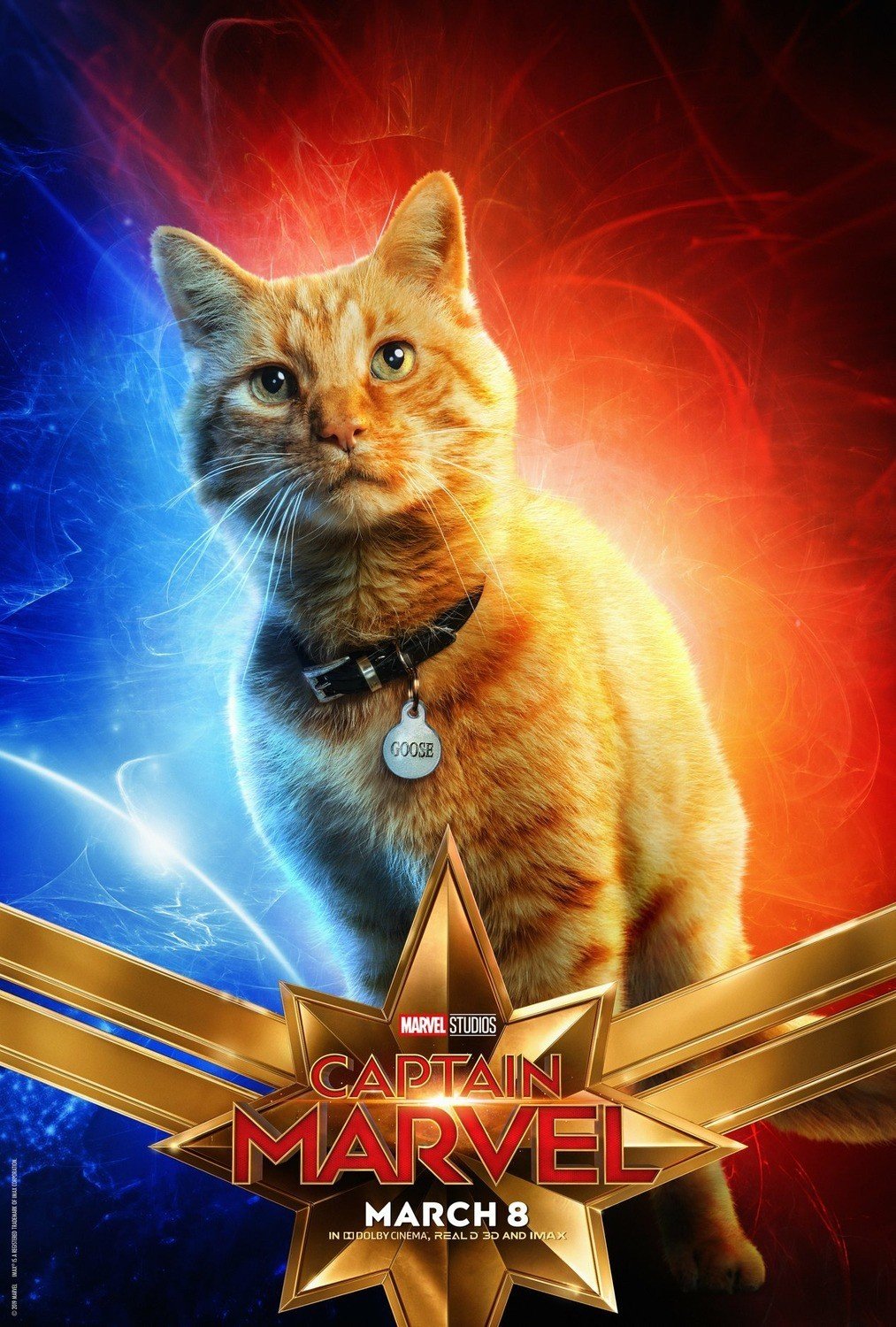 Beginning of the end….?

While defending her fellow Kree’s from possibly being wiped-out by the sick, evil, and twisted Skrulls, Starforce member Vers (Brie Larson) somehow ends up on Earth, in 1995. Having no clue of what the hell to do next, or even where to go next, she decides to check out what this Earth place is all about and stop the Skrulls from doing anymore bad and heinous stuff while on the planet. But she runs into a bit of a problem when she meets Nick Fury (Samuel L. Jackson), a low-level member of Shield who is just trying to do what he can to make a name for himself, stop the bad guys, and oh yeah, survive to tell the tale. And when he meets Vers, he’s shocked by her powers and her story; even if he doesn’t quite know what to make of her and her story, he still knows that there’s some truth to what she’s telling about these bad and evil creatures out to get her. So together, they decide to solve the case, but while that’s all going on, Vers is having a constant struggle with figuring out who she really is, where she came from, and if she can really trust the people around her.

It’s interesting that after 21 movies and the last before the ultimate finale of Phase 1, Marvel decides to go back in time to what is pretty much the prequel of the whole MCU universe. Sure, you can throw Captain America in there, but really, with that being so long ago, it almost feels like Captain Marvel is a perfectly suitable throwback to when times were much simpler and easier in the universe and you know, when things were less traumatizing. And if you take Captain Marvel at face-value like that, then yeah, it’s a perfectly fine and fun time to sit back and enjoy.

Yes, you will get some heft, some comedy, some action, some quips, some solid performances (the lovely chemistry between Larson and an creepily de-aged Jackson makes me desperately want to see a buddy-cop movie with them) some small, relatively clever twists on what we’re used to seeing with origin-stories, some Easter-eggs, some callbacks, and of course, the usual mid-credits sequence that leaves us hanging off a cliff, but really, Captain Marvel is pretty much easy-to-watch. You can say it’s a lot like the other Marvel movies in that they are so content with being content, that it almost doesn’t matter what happens or what they do, because they’re going to make more and more, but Captain Marvel feels a tad bit different.

Almost in the sense that it’s perhaps, I don’t know, “the weakest”?

In a way, it may be. But that’s not saying all that much, cause when you get down to it, it’s still perfectly enjoyable and worth watching. If anything, it’s just a perfectly suitable way to introduce us to a character who we’re going to learn to love and care about for quite some time, so what better way then to just play it safe and make things easy, eh? And hey, especially when there’s all these little bits and pieces about standing up for yourself, not letting sexist a-holes get you down, and being the best, most strong person that you can be, what’s so awful about being easy-going?

Not everything has to be perfect and for Marvel, that’s especially so. As it stands, Captain Marvel may be the weakest offering to-date (and yes, the Dark World is better, sorry), but considering what’s next to follow, perhaps it needs to be. It reminds us of where it all came from and why we fell in love with the franchise in the first place and keeps us hopeful that when Endgame comes and goes, we can at smile a bit.

If only for a bit.

Consensus: Breezy, enjoyable, sweet, and perfectly old-fashioned, Captain Marvel is exactly what you expect from Marvel and doesn’t really attempt to be much of anything more. Which is okay, I guess.