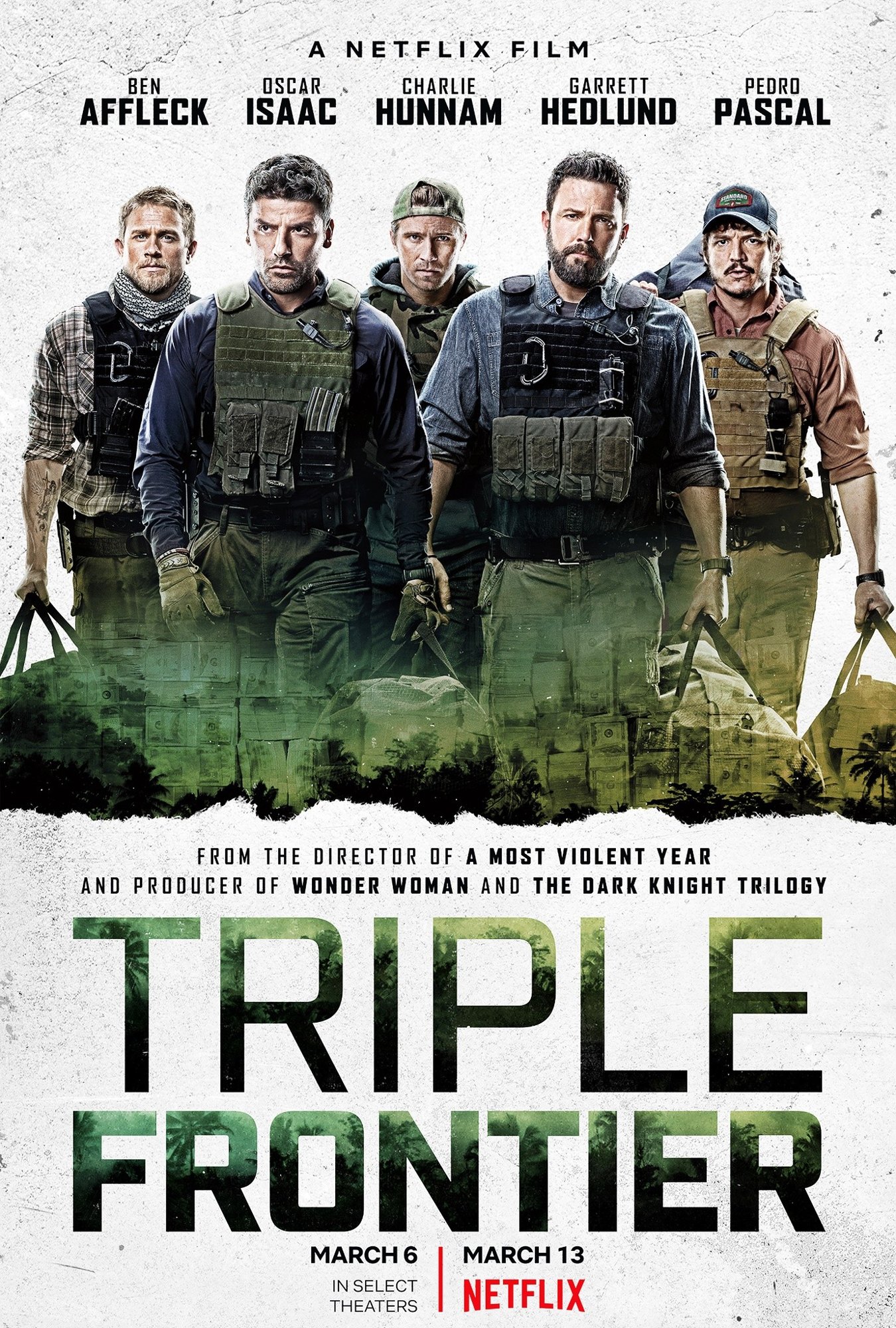 Rumble in the jungle!

Former Special Forces operatives decide to reunite to plan a heist that will take them into the dangerously wild and violent jungles of South America. The reason they do this is because Pope (Oscar Isaac) has it on good authority that one of the most notorious kingpins has a mansion out there and is surrounded by all sorts of money. Turns out, he’s not wrong and together, they all hatch up a plan to ensure that all they are after is the money and not much else. After all, they’re soldiers always, have taken oaths that they continue to stand by, and only need a little something to help themselves out in this rough and time, financially speaking. Besides, if all they have to kill are a few evil drug-dealers, then what’s the problem? With so much money, for such a simple plan, without much action to be seen, what could possibly go wrong?

Well, as you can probably tell by now, yep, a lot can and does.

Triple Frontier is so good as an action-thriller that it’s almost easy enough to pass by the fact that it doesn’t have much else to say. Okay, sure, it does attempt to talk about these soldiers, their morals, and just how far one man will go to become rich and powerful, but really, it’s just about a bunch of guys going into the woods, blowing things up, shooting people, and stealing tons and tons of money from evil drug-dealers. And that movie is what we get, and it’s pretty damn good.

The rest of Triple Frontier, unfortunately, feels almost a little silly at times. Whenever the action has settled and were left with a moment or two of silence, the characters break into a small discussions that can only be labeled as “bro-talk” – they’re going through some tough times, miss the good old days, and man, they cannot wait to be rich. I’d expect this from any sort of generic shoot ’em up, where depth isn’t really what we’re expecting, but considering that Mark Boal worked on the screenplay with director J.C. Chandor, you’d probably expect something a whole lot better and well, heavier.

But really, all we get is a bunch of manly-men being, well, that.

And yeah, it probably doesn’t help that the characters are pretty lame and not entirely defined. Isaac’s Pope is the stoic leader; Affleck’s Redfly is the sad, but desperate family-guy; Hunnam’s Ironhead is the timid tough-guy; Hedlund’s, erh, uh, Ben Miller is another type of character that Hedlund’s been playing for the past decade or so in that he’s wild, brash, loud, and really cocky; and Pascal’s Catfish is just there to be a bit of a tough-ass. There’s no denying that this ensemble is pretty solid and together, they all work fine, but there’s always that feeling when watching some truly great actors get together and not having them do much but walk, shoot and blow things up, that maybe there’s a little something more? Just maybe?

But once again, the lack of depth doesn’t totally tear Triple Frontier apart. Sure, it keeps it from being a great movie, per se, but as it is, it’s a perfectly entertaining, rather tense crime-thriller that finds Chandor relishing in every single dollar of this budget he’s been given. While he’s another I’m somewhat disappointed by not getting the opportunity to bring more out of this material, I can’t help but be happy that he’s here directing and bringing his usual taste for intensity, in even the much smaller moments.

If only there had been much more smaller moments. But hey, that’s just me.

Consensus: Intense and unpredictable, Triple Frontier works as a gritty and gloomy crime-thriller, but falls short when it comes to being about so much more than just another heist flick, as exciting as it may be.