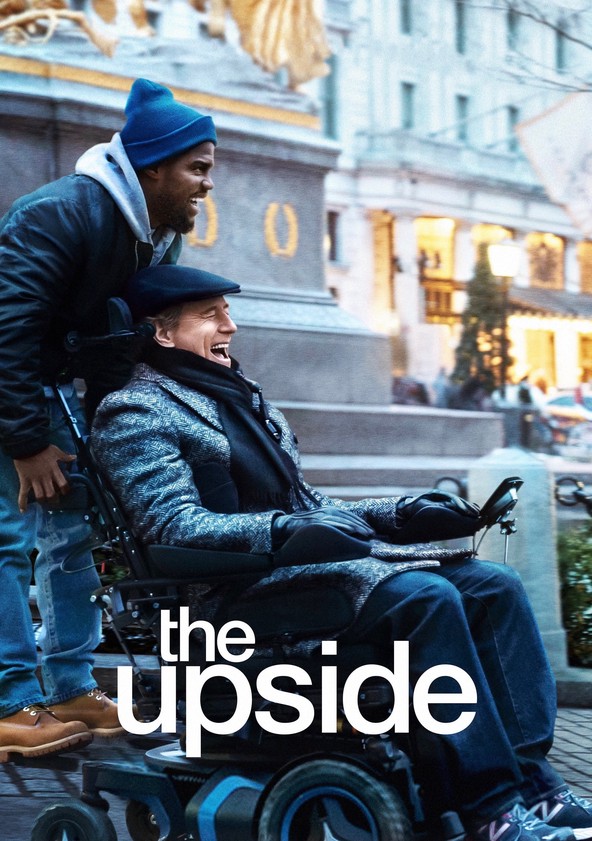 It’s like Green Book, but on wheels. Oh wait….

Dell (Kevin Hart) is a recently paroled father who has a rough time finding a job and being able to support his kid. It’s beginning to take his toll on him where he doesn’t know what he wants to do, or even what he’s qualified for, but is going to stop at nothing, no matter what the job. Even if that means that he has to become the caretaker for a paralyze billionaire, then so be it! And well, that’s the job he gets with Philip Lacasse (Bryan Cranston), a man who knows and appreciates the finer things in life like art, opera, and poetry. These are all things that Dell has no interest in, but the two strike up something of a relationship that finds both of them sort of out of their comfort-zones and building a connection solely through the idea of having a great time with the life that you have, and not the one you want.

It’s been a long time since I’ve seen the original French film of which the Upside is remaking (the Intouchables), and it’s one of those cases where I’m not sure if that movie was really something great, or if this is just something really awful. Basically, the French film was charming, sweet, lovely, and expertly-acted by both Omar Sy and François Cluzet, making it a feel-good crowd-pleaser that actually had heart and emotion to go along with all of the sap. In the case of the Upside, it’s one of those remakes where you can tell they took the premise, the characters, and hell, even the same scenes, but without anything else that the original had.

Therefore, there’s hardly any humor, heart, sweetness, and honestly, there’s not even a really good performance to work with. Even heavy-hitters like Nicole Kidman and Bryan Cranston feel as if they’re trapped in something that doesn’t know what to do with either of them, so they’re just sort of left there to flounder on the screen for the whole world to be a witness to. As for Kevin Hart, who seems to be the one really stretching himself to, you know, act, he doesn’t quite have it yet; sure, he’s toned-down to a certain extent, but there’s still a lot of the over-the-top goofing around and silliness that just doesn’t work in a movie such as this.

Which is weird, because in even the crappiest of movies, at least one little bit of it is made better by Kevin Hart.

And that’s really all there is to it: It just doesn’t work. Director Neil Burger seems to know how to follow the rules of a remake and basically try to recreate the same magic of the original by essentially copying everything it already did, but in by doing so, proves that there really was just something slightly special about that movie, even if it wasn’t a masterpiece in the first place. For instance, the fact that you don’t believe, even for a second, that these characters could co-exist in the same world, let alone actually get along on the various subjects and topics that they go on about, never actually works. It’s quite astounding that we live in a world in which we get to see Nicole Kidman and Kevin Hart sit in a room and discuss the finer things in art, which plays out as ridiculously as it sounds.

Consensus: By trying so hard to recreate the magic of the original, the Upside fails in almost every which way, squandering a talented cast to go down with it. In other words, just watch the original.